I've been having fun making Halloween cards this past week using the new zombie stamps that DRS Designs just released!  They came out at the perfect time for me, because I just finished watching the first season of The Walking Dead.  I'm definitely late to the party on this show, since I think they're going to start season six or seven, not to mention spin offs, but I feel better that I'm now in the know, regarding this pop culture hit :) So, if you're a fan of the show, you'll be a fan of these stamps for sure.  They're a real must have!

I chose an orange base due to the Halloween theme, and I stamped and die cut my Zombies Rising Greeting (936G), leaving the die in place and added some orange sponging to match.  I added a die cut layer and set it aside while I stamped, colored and fussy cut my Zombie Guy (917G). 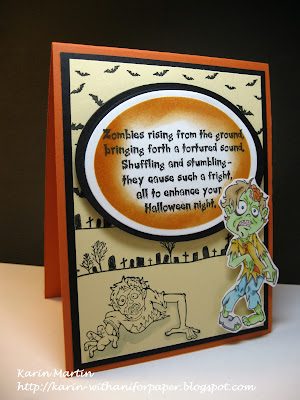 Next I set about creating a background on a muted yellow card stock.  I chose to keep it neutral simply stamping it in black ink, therefore highlighting the sentiment and zombie.  Accent Bats were stamped at the top, followed by the Silhouette  Graveyard and the Zombie Crawler (932F) at the bottom.

Be sure to check out all the fun new stamps at DRS Designs! 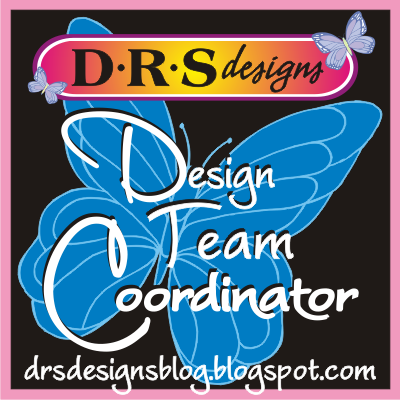 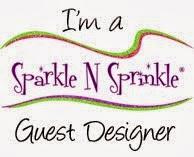 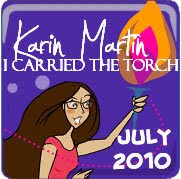